The Cycle – It’s In Plain Sight

Washington’s policy ideas industry, the think-tank, have budgets that range from a few hundred thousand dollars to over $80 million, a significant industry in the D.C. economy. The over 400 think-tanks, more than of any city in the world, are homes to the top policymakers in America. These “lobbyist” directly affect the way legislation and governmental policy are written and established. They are “shadow government” hiding in plain sight.

Their members are interviewed and quoted every day in the mainstream media, but these think-tank “superstar” slants are never identified. The bios of the “experts,” the politics of their funders (wealthy donors with strings attached to their donations) and the positions they take can be quite revealing.

Think tanks generally claim their mission is to expand public knowledge but the truth is that their end game is to influence the making of laws and governmental policies towards certain ideological positions.

Washington Institute for Near East Policy (WINEP), is a think-tank that is a spin-off of the American Israel Public Affairs Committee (AIPAC). John Mearsheimer and Stephen Walt, in their book The Israel Lobby and US Foreign Policy, describe WINEP as “part of the core” of the Israel Lobby and go on to say;

“Although WINEP plays down its links to Israel and claims that it provides a ‘balanced and realistic’ perspective on Middle East issues, this is not the case. WINEP is funded and run by individuals who are deeply committed to advancing Israel’s agenda … Many of its personnel are genuine scholars or experienced former officials, but they are hardly neutral observers on most Middle East issues and there is little diversity of views within WINEP’s ranks.”

So, when a 2018 WINEP report on Syria promoted and urged the Trump Administration to keep US boots on the ground and enforce a no-fly/no-drive zone, in other words, seize Syria’s land, airspace and roads to “help Israel” most of Washington insiders shrug.

“…the Trump administration [to] couple a no-fly/no-drive zone and a small residual ground presence in the northeast with intensified sanctions against the Assad regime’s Iranian patron. In doing so, Washington can support local efforts to stabilize the area, encourage Gulf partners to ‘put skin in the game, drive a wedge between Moscow and Tehran, and help Israel avoid all-out war.”

When the author of these 2018 reports, Ambassador James Jeffrey, became the Special Presidential Envoy for the Global Coalition to Counter the Islamic State of Iraq, in the Trump Administration, somebody needs to connect the dots. Jeffrey served as acting National Security Adviser for the Bush Administration in 2007 and 2008, Ambassador to Turkey from 2008 until 2010 and Ambassador to Iraq from 2010 to 2012.

Jeffrey, in August 2018, argued that the Syrian terrorists were, “. . . not terrorists, but people fighting a civil war against a brutal dictator” and that “We also think that you cannot have an enduring defeat of ISIS until you have fundamental change in the Syrian regime and fundamental change in Iran’s role in Syria, which contributed greatly to the rise of ISIS in the first place in 2013, 2014.”

Diplomat as a Think-Tanker

In a February 5th the State Department press briefing,  Jeffrey expounded upon his questionable narratives. Ambassador James Jeffrey continued to cite “evidence” that is false, distorted or inflated. When he said that;

“we’re not asking for regime change per se, we’re not asking for the Russians to leave, we’re asking…Syria to behave as a normal, decent country that doesn’t force half its population to flee, doesn’t use chemical weapons dozens of times against its civilians, doesn’t drop barrel bombs, doesn’t create a refugee crisis that almost toppled governments in Europe, does not allow terrorists such as HTS and particularly Daesh/ISIS emerge and flourish in much of Syria. Those are the things that that regime has done, and the international community cannot accept that.”

What the international community should not accept is the lies that men like Jeffrey recite. The only bit of truth in his erroneous narrative is that Washington is not asking regime change, they are demanding it thought sanction.  The rest is pretty much script for its misinformation of propaganda.

Creation of Terrorist and Refugees

The terrorists were created when the United States invaded Iraq, destroyed its government and then cut loose all of the experienced Sunni military and police forces. Then Washington undermining the legitimate Syria government by supporting, funding and training of the “moderate terrorist.” It is the factions that grew out of this toxic environment (U.S. created) become terrorists, like Daesh/ISIS that emerged as the opposition to Syria’s governmental forces. The war between Daesh/ISIS and government forces destroyed many cities and communities in Syria thus creating the refugee crisis.

Recent reporting from whistleblowers that worked at the OPCW claim the use of chemical weapons appears to been staged by the rebel groups as attempts to further discredit Assad and fuel more aggressive U.S. military retaliation.

Russia and Iran were invited into Syria as allies of its legitimate government under Assad. The United States is in Syria illegally as a proxy for Israel and Saudi Arabia. The U.S. is behaving criminally by “protecting the oil fields” and stealing its production. The legitimate Syrian government is seeking to recover its territory from the terrorists and the U.S.

Ambassador James Jeffrey’s revealed his concerns for al-Qaeda members, “We’re very, very worried about this. First of all, the significance of Idlib – that’s where we’ve had chemical weapons attacks in the past… And we’re seeing not just the Russians but the Iranians and Hizballah actively involved in supporting the Syrian offensive… You see the problems right now in Idlib. This is a dangerous conflict. It needs to be brought to an end. Russia needs to change its policies”

Really, even if Russians, Iranians and Hizballah are in Idlib to support the legitimate Syrian sovereignty against al-Nusra terrorists, occupying its city, that is their business, not ours. It certainly is one giant step from the 9/11 attack, executed by al-Qaeda members to supporting the same groups in Syria.

Ambassador James Jeffrey maintains that Russia, Syria and Iran need to change their policies. Maybe the United States must change its policies and get out of Syria and Iraq and stop fighting proxy wars for “allies” like Israel and Saudi Arabia.

Diplomats Back to Think-Tanks

A New Clean Break calls for Washington to break the Washington/Think-tank connection. Remove, from government, the think-tank “superstars” that lobby for other nations or corporations over the general welfare of its citizens. Advisors like James Jeffrey and David Wurmser need to be returned back into their think-tank pasture.

The Washington/Think-tank connection is endless; Clinton, Bush, Obama, and Trump administration personnel make a very comfortable living on the think-tank/diplomat carousel. It includes names like Cheney,  Bolton, Wolfowitz, Podesta, Daschle, Albright, Bannon and Sessions. The golden rings are not limited to politicians because Generals and Admirals can reach for them too! 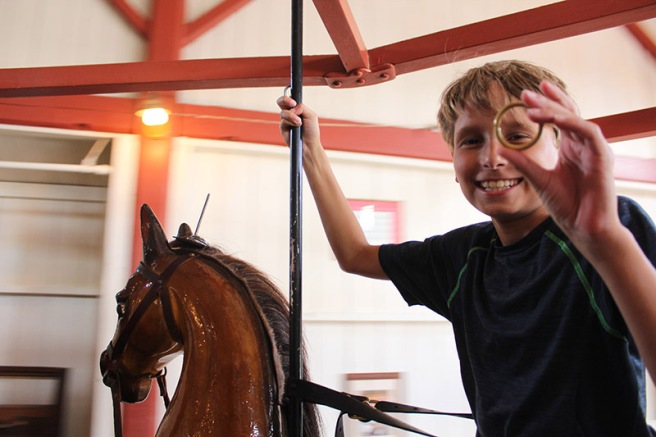